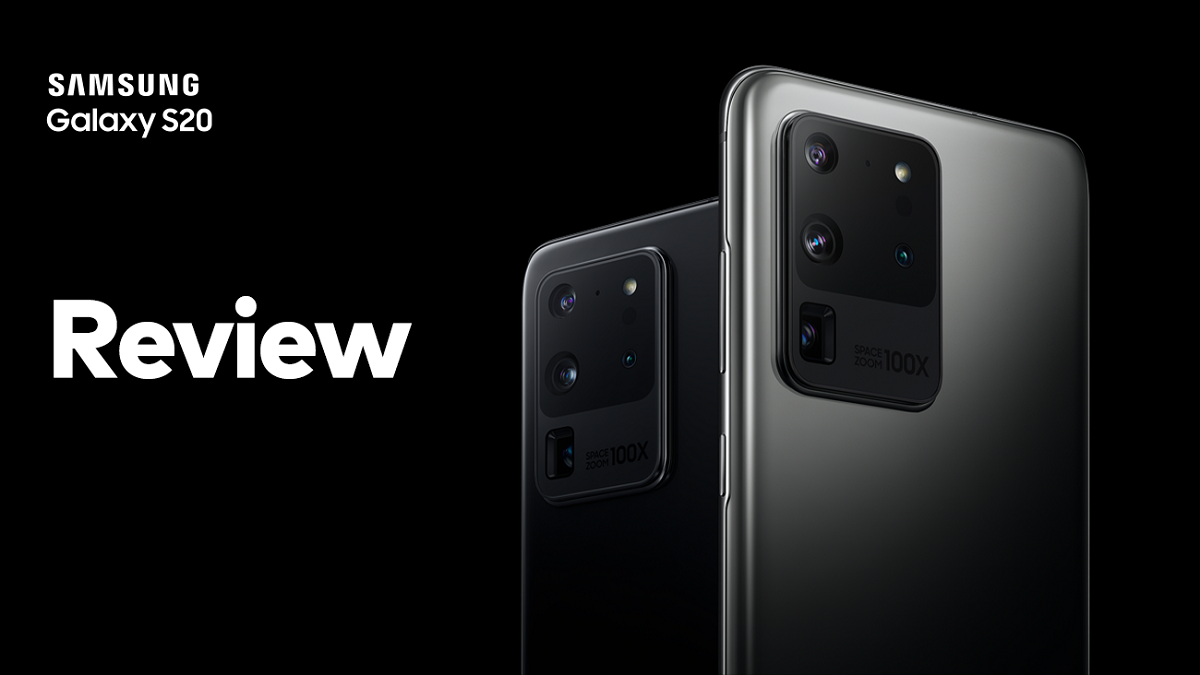 Samsung's Galaxy S20 and S20 Plus are the most complete smartphone company have produced to date. Samsung took the very best out of what's on the smartphone market and put it together in a compelling Galaxy S20 package. 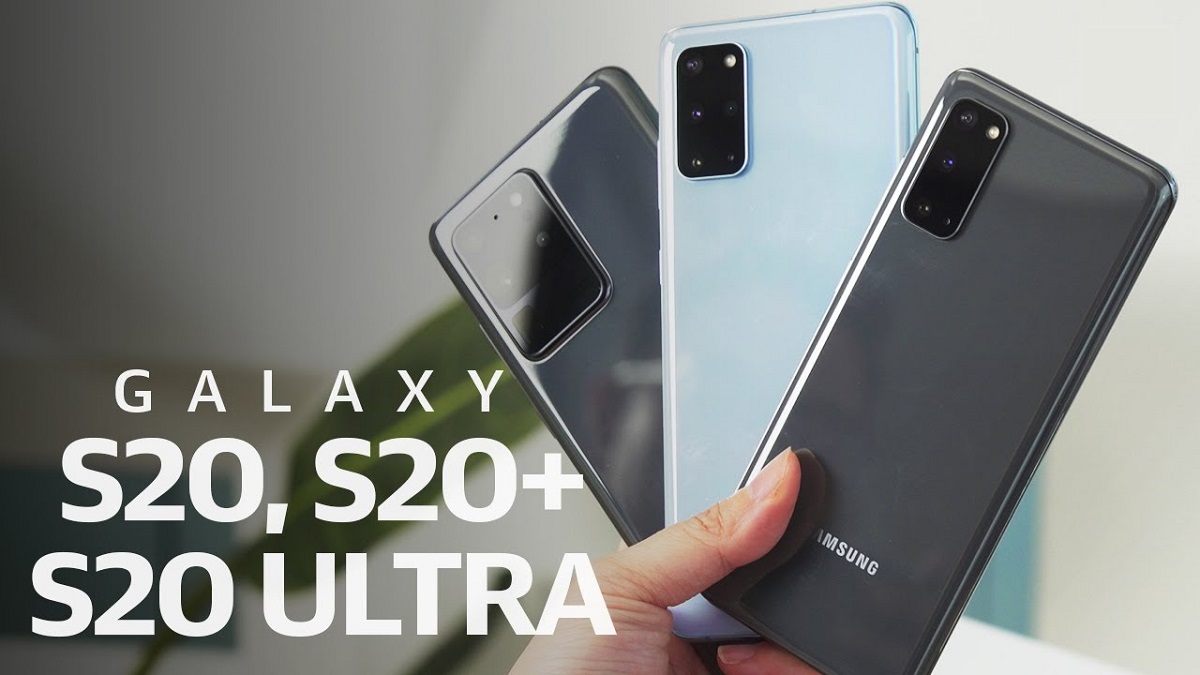 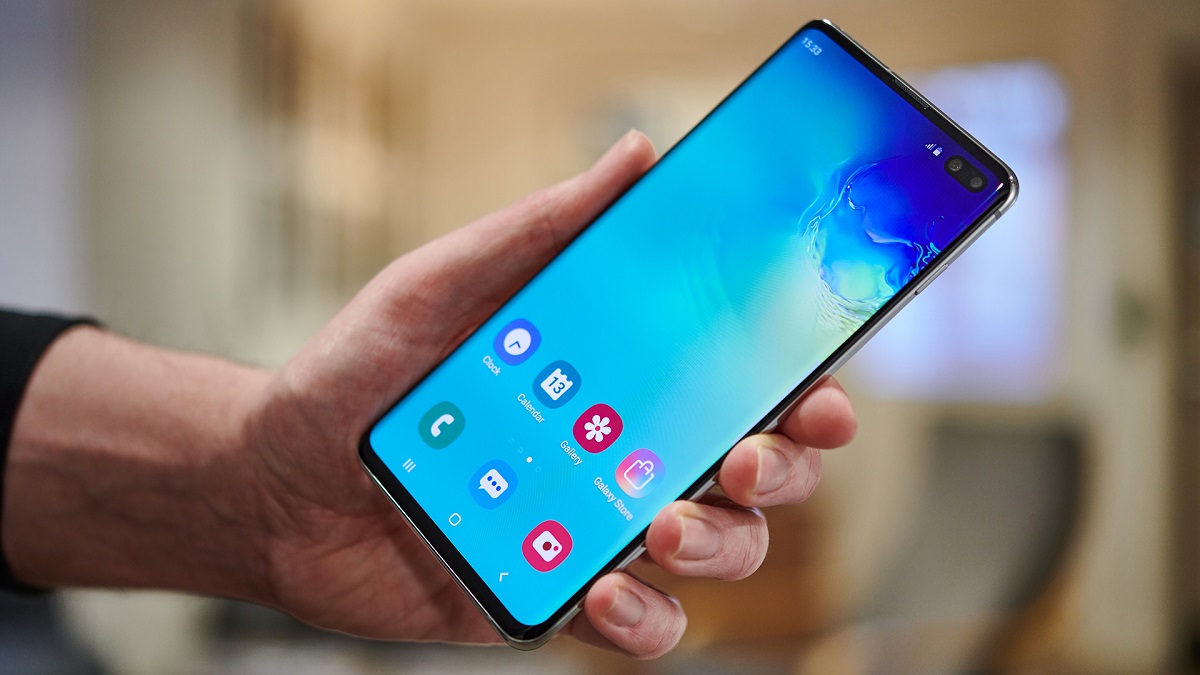 Samsung Galaxy S20 smartphone comes with a 6.20-inch, Dynamic AMOLED 2X capacitive touchscreen, Gorilla Glass 6 display with a resolution of 1440x3200 pixels and an aspect ratio of 20:9. Bezels have just pushed away back and there's no notch, there's just a miniscule camera hole. Whereas S20 Plus and S20 Ultra come with a 6.70-inch and 6.90-inch respectively. The HDR10+ certified Infinity-O Display offers a big, immersive screen with limited onscreen interruptions.

For the best gaming experience, the phone has a hyper-responsive touch, which puts you at the top of your game. With Infinity-O Display, finding victory on the street looks and feels better on the Samsung S20 phone. While super-fast and precise touch response delivers a more reactive gaming experience. You'll believe it when you see it and feel it. 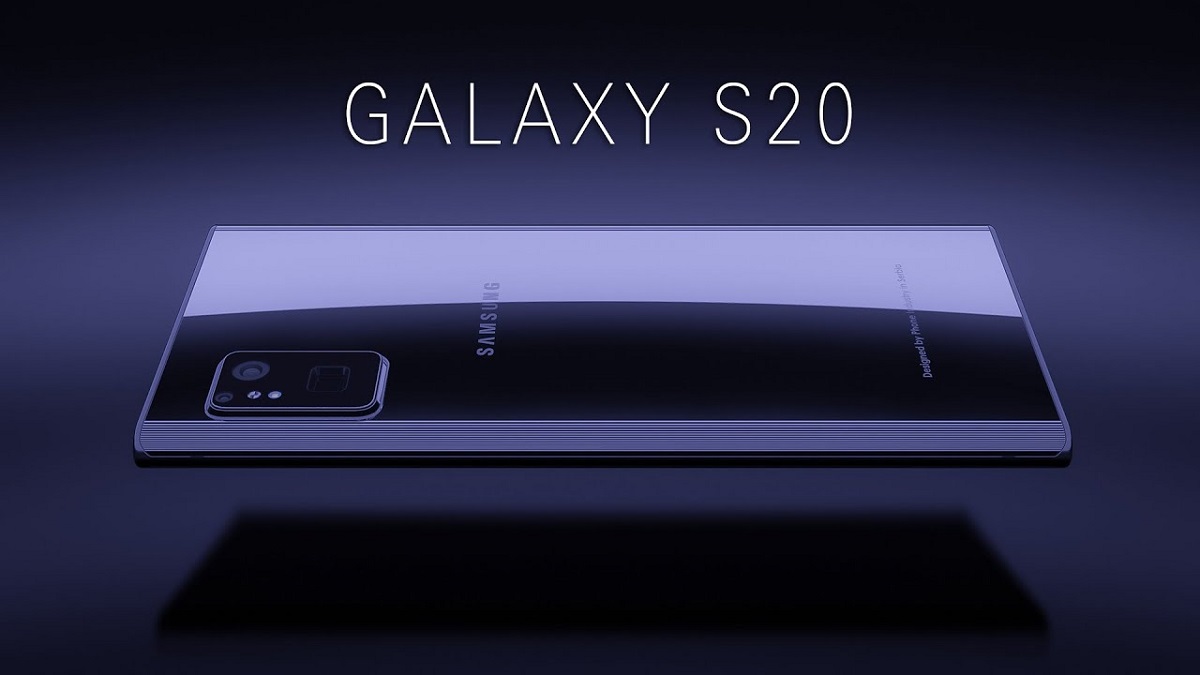 The Galaxy S20 has a similar design as Galaxy Note 10, containing a circular punch-hole in the top center for the frontal selfie camera. The rear camera array is located in the corner with a rectangular protrusion similar to that of the iPhone 11 and the Google Pixel 4. The S20 and S20+ house three or four cameras in the bump, while the S20 Ultra houses four cameras in a larger bump. 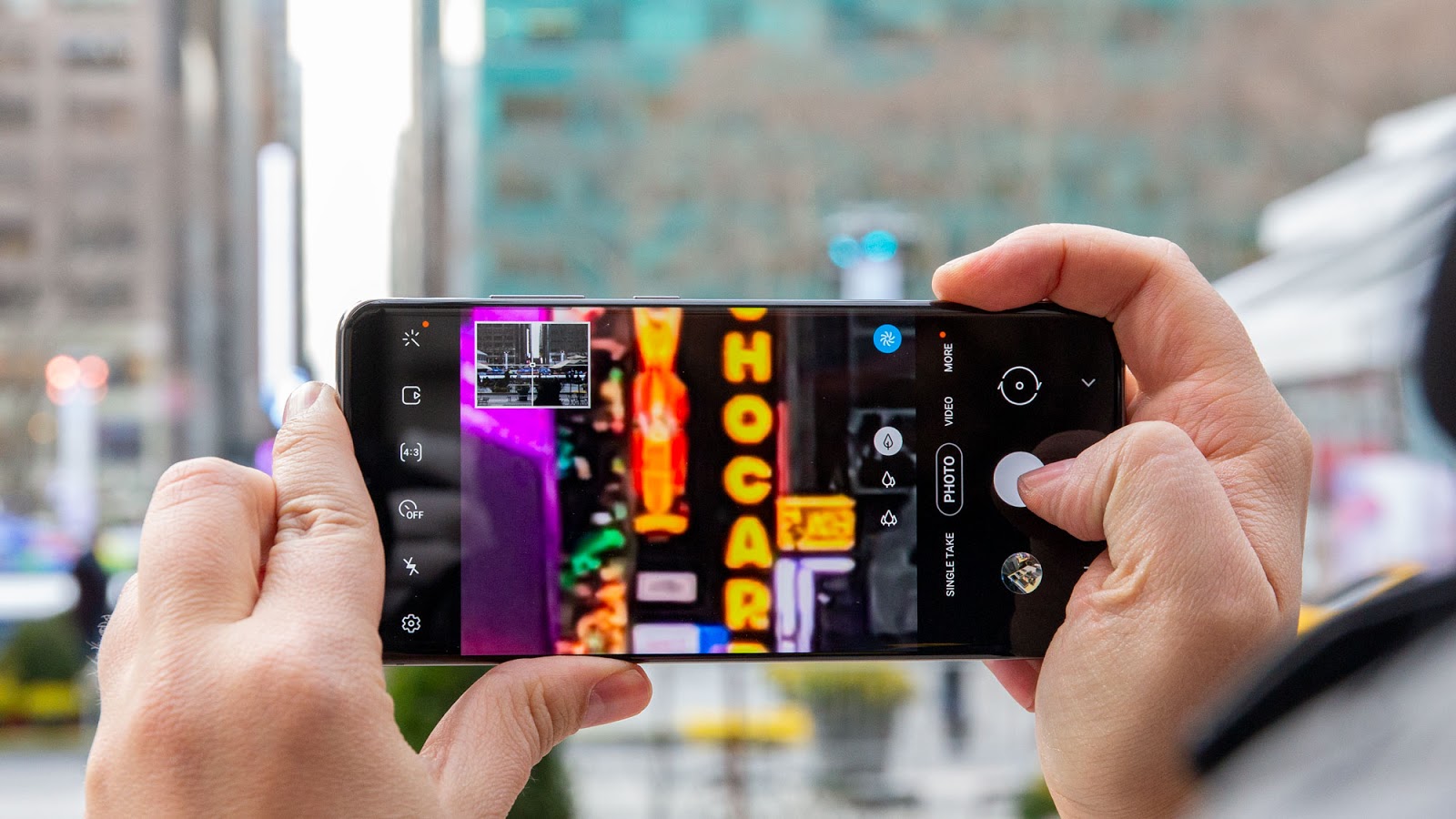 The cameras on the Galaxy S20 series are improved considerably over their predecessors. The aperture on the main lens is fixed, and the telephoto sensor received some improvements. The S20 Plus receives a DepthVision Camera and the regular S20's cameras. 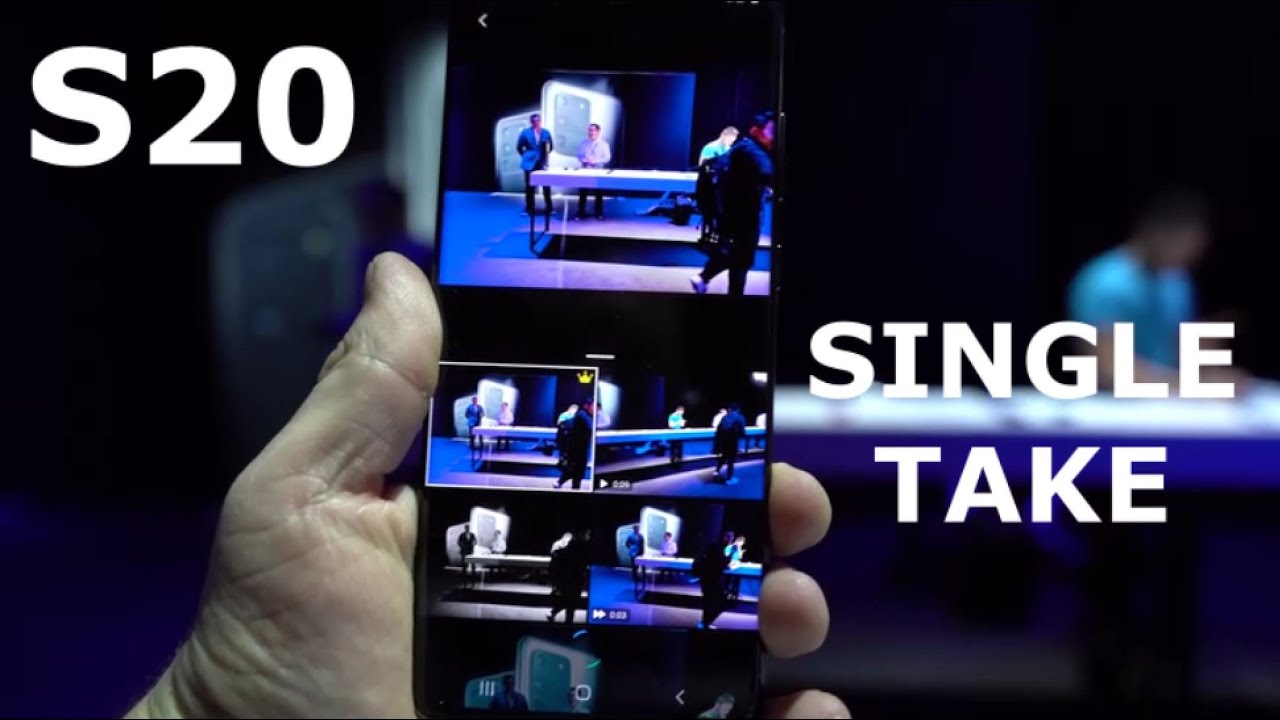 A new camera mode has been introduced called Single Take, which is a whole new way to take one shot and turn it into multiple formats. It allows users to capture photos or videos at the same time with different sensors automatically. Single Take is essentially a burst mode turned into beast mode. With revolutionary AI, it lets you shoot for up to 10 seconds and get back various formats, meaning you can choose the best style for the moment without having to reshoot.

The S20 mobile phones have a 10MP Selfie Camera to make your selfies stand out. This the most powerful selfie camera on a Galaxy phone yet. Galaxy S20 Ultra has a 40-megapixel front camera which gives you pro-grade tech, so selfies come out detailed and shift to 10MP with larger pixels for crisp low light selfies. 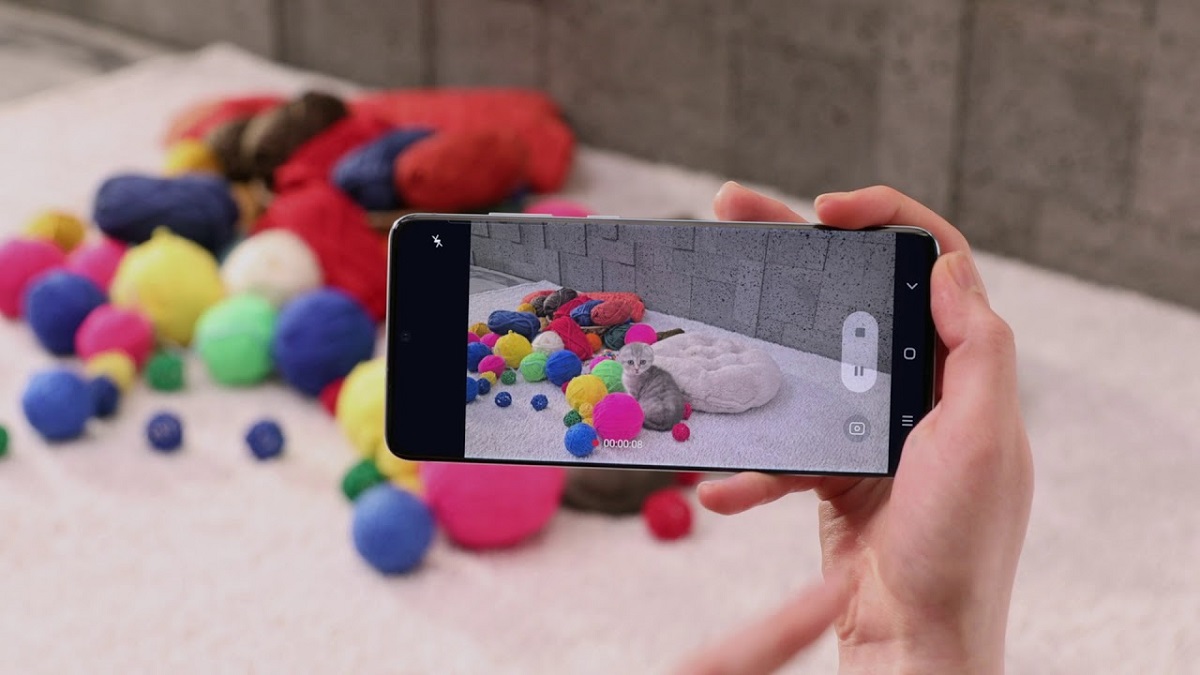 All three models can also record 8K videos at 24fps, which will consume about 600MB of storage per minute. The S20 and S20+ are enabled by the 64 MP telephoto sensor, whereas the S20 Ultra's 108 MP wide sensor natively supports 8K video. 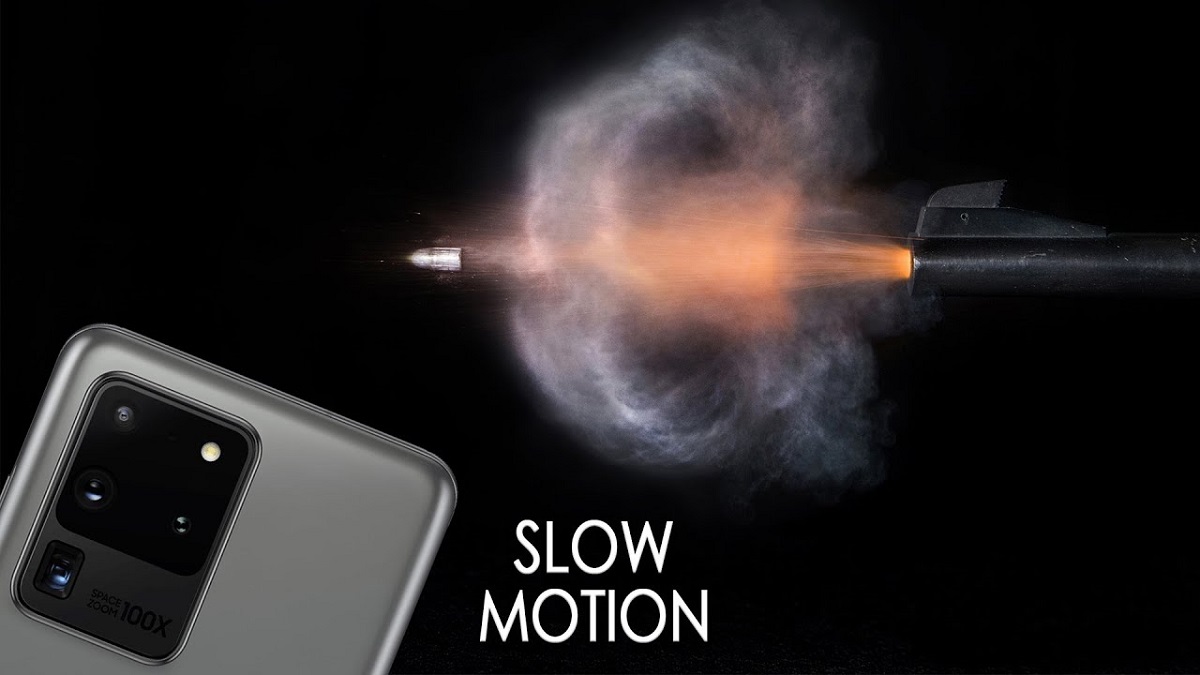 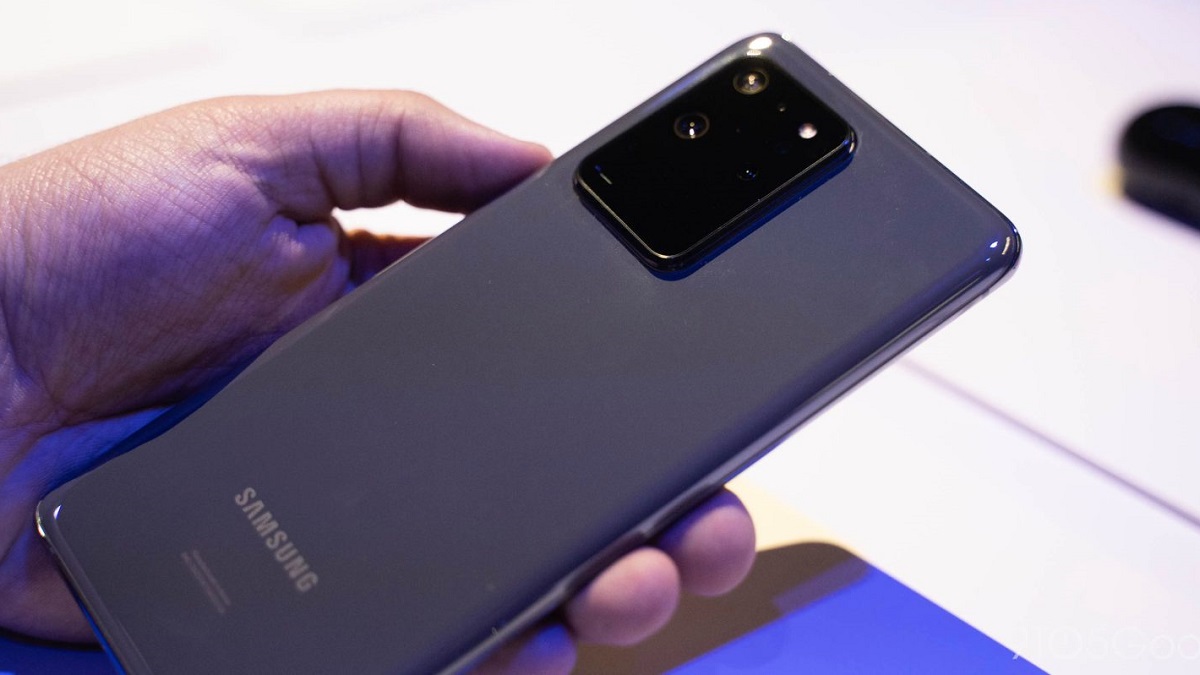 The international models of the S20 utilize the Exynos 990 system-on-chip, while the US models utilize the Qualcomm Snapdragon 865. A 1440p Dynamic AMOLED is featured with HDR10+ support and Dynamic Tone Mapping technology. The S20 phone comes with the base amount of RAM of 8 GB, with an additional 12 GB option for the S20 & S20+ and a 16 GB option for the S20 Ultra. The internal storage of 128 GB is standard, and the S20+ & S20 Ultra also offers 256 GB and 512 GB options, with up to 1.5 TB of expansion via the microSD card slot. 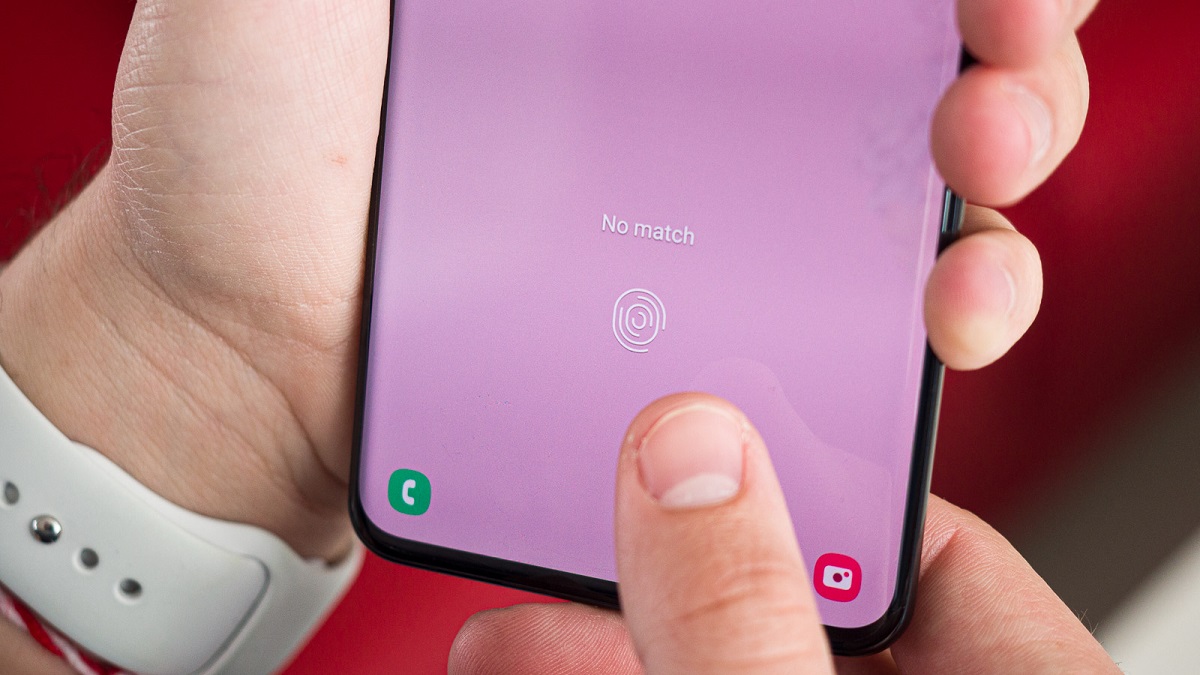 Biometric options remain the same, with the S10's ultrasonic in-screen fingerprint reader carried over. The S20, S20+ & S20 Ultra contain 4000 mAh, 4500 mAh, and 5000 mAh batteries. The Qi inductive charging is supported at up to 15W and the ability to charge other Qi-compatible devices from the S20's battery power.
Wired charging is supported over USB-C at up to 25W for the S20 & S20+ and 45W for the S20 Ultra. Connectivity options have been improved with implementing new 5G technology for all models, and the audio jack has been omitted on all models. All three phones run on Android 10 and Samsung's custom skin One UI 2.1. 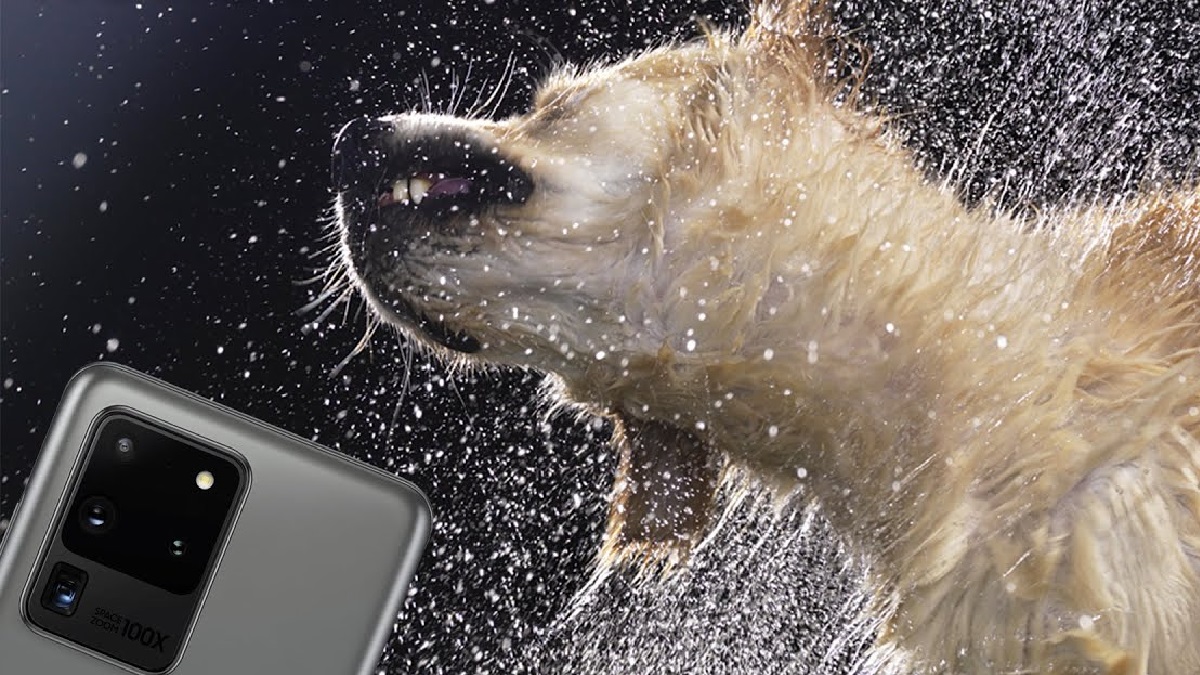 Verdict: Should you buy the Samsung Galaxy S20 Mobile?


No doubt, the Samsung Galaxy S20 is one of the best smartphones of 2020 you can buy right now. It is one of the most advanced premium-quality flagship smartphones. A major USP of this phone is its unprecedented 5G and AI camera technology. It’s jam-packed with the latest tech and only misses a few minor features found in its more expensive counterparts. The Galaxy S20 doesn’t have the absolute best camera, but it packs everything else. Consider the positives and negatives sides of the Samsung Galaxy S20 mobile phone before buying.