How to Avoid being Buried in an Automobile ?

Here we provide tips and advice to help keep you from being upside down in a car loan. 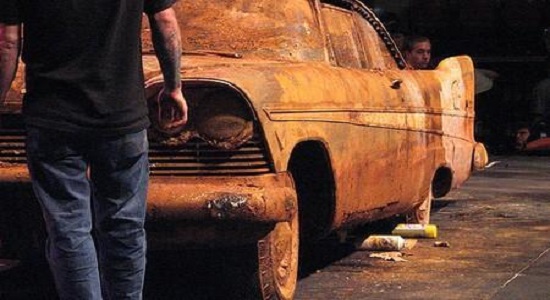 No, we don't mean literally “buried.” Like, underground with your car as your coffin. When we say “buried” we mean that you owe more to the bank than your car is currently worth. Figuratively, you are buried in debt. This is a problem that is fairly common, especially because of current economic conditions.

Let’s set the scene: you bought a car a couple of years ago, low down payment, paying it off over five years or so. But now, even though you owe about $20,000 on the car, the car is only worth $15,000 (hypothetically). This means that you are buried $5,000 in your car, which, in turn, means that you will have to pay off that amount when you buy your next car. You will end up overpaying for your new car by the amount that you owe on your previous car. And that’s no fun.

Fortunately, there are ways to avoid these mistakes in the future when buying cars. Just follow these simple tips:

Think in the Future

It is important when buying a car to think about what that car will be worth in three, five, or even ten years for resale. You want to buy a car that will not only execute its purpose now, but will continue to do so for a long time while retaining its value to other buyers and sellers. Cars that have a good history of high resale value are good choices because they will help you to stay out of debt and not overpay for the next car that you buy.

Another common mistake that people make is paying very little down on a new car in efforts to get the car immediately. Though this can be kind of cool (getting a car for very little down seems like a pretty sweet deal), it is a pretty bad decision when thinking in the long run. The interest on what you owe will pile up while the value of your car goes down, landing you in debt, buried under the sweet new car you got for basically nothing.

That is why it is important when buying a car to put a sizeable down payment on it upfront. 20% is a good estimate, pay more if you can. Sure, you will be paying a lot of money out of pocket to start off. But it is much better to put down a few more thousand dollars at the beginning than to be buried later on and not be able to get out.

Also, set up a payment schedule that lasts less time, like a four year plan instead of a six year plan. Again, you will be paying more for the car upfront, and your payments will be bigger. But you won’t be in debt. Essentially, if you can't afford the car you are trying to buy, it is best to hold off on it until you can afford it. Otherwise, it is much more likely that you will, unfortunately, find yourself buried in your automobile.